ICYMI: The Rise Of Fake News – Leading Irish Professionals Have Their Say

Despite harsh weather and heavy snow storms, four Irish women that are at the forefront of their respected fields, working at some of the world’s biggest brands, discussed the rise of fake news across social media, at the latest Digital Irish event in New York.

The panel, who were speaking off-the-record at New York Digital Irish, discussed changing trends in the consumption of news and the impact on business models within the Industry. 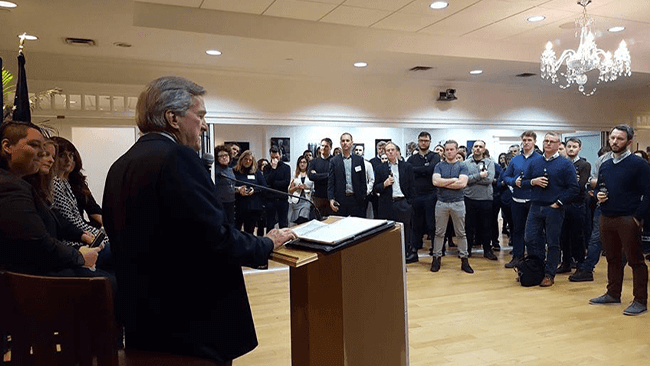 To celebrate the event, we discuss some of the leading Irish technology firms with operations in New York who are making waves in the media industry.

Storyful is a technology company that enables media companies to verify, analyze and license trending video and news content. Since its foundation by Mark Little in 2010, the company has opened offices in Dublin, Sydney, London, New York and Hong Kong. The company was acquired by NewsCorp in 2013 for $25 million (€18 million).

NewsWhip harnesses the ocean of content on the web and social media to support journalists, editors and marketers generate more engaging content for news monitoring and social marketing. The company was founded in 2012 by Paul Quigley and Andrew Mullaney and provides solutions to large news organizations like the BBC and Washington Post as well as supporting the marketing departments of international organizations like Intel and MasterCard. The company raised has raised $6.4 million in a Series A round in February 2017.

AdForce enables advertisers to deliver high quality ads that are targeted at a very specific demographic across 750 news sites in New York, New Jersey, Pennsylvania and California from one single platform. The platform enables advertisers to target by audience, location, device and even time of day to carry out effective digital advertising to maximize ROI. The company was founded by Colm Grealy, a well-known entrepreneur who founded and sold Ireland’s first internet service provider Ireland On-Line (IOL), and has offices in Dublin, Brussels and New York.