I arrived in New York on a J1 Graduate Visa having graduated from Communication Studies in DCU and having worked as a Digital Marketing Executive in the months leading up to my departure. As a result of this I knew I was looking for something in the digital field. I had experience in marketing, digital marketing, event management, public relations and customer service. Because of this I thought I would secure an entry level position with relative ease. I couldn’t have been more wrong. It took me three months to land a job. 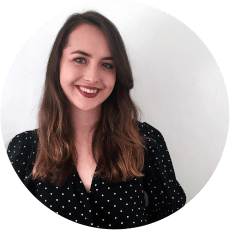 When I first arrived I focused all my attention on online job applications. I would spend up to six hours on an application and hear nothing back, it was so frustrating. I know people who have had success with securing jobs in this way but it just didn’t work out for me. The volume of applicants for entry level jobs in New York is extremely high, and the visa taboo didn’t help either.  By the time I realized that I was getting nowhere with online job applications I had already been in New York for 2 months.

I decided I needed to try another tactic so I began reaching out to anyone I could think of who might know somebody based in New York and working in my field of interest. I got a few contacts and tried to meet up with as many of them as possible, for a coffee and advice. I met so many interesting and motivating people this way, I never once regretted meeting up with someone. I always came away having learned something new. The one thing I was told repeatedly and across the board was that New York is all about networking and that this was the trick to getting a job. I was delighted that I’d finally started making what felt like progress but wished I had known this when I first arrived.

Within a month I was offered a job as a Marketing Account Manager. I now work between a digital agency (EDGEdna) and a SAS platform (BrandChat(me)). The hiring process was solely done through recommendations. I was recommended by two different people, one of which was Gavin McMahon the head of Digital Irish who I had emailed and asked to keep me in mind if he heard of any suitable openings. I would have never gotten the opportunity to apply for the role had not I not put myself out there by reaching out to people that I thought could assist me. I love my job and it’s an amazing experience getting to manage and act as the point of contact for clients. Looking back, my time spent looking for employment was a great learning experience and will definitely stand to me in future so I’m glad I found it challenging.

Network: I cannot stress this enough, networking is such a crucial step to finding success in New York. In my experience, the majority of people are more than happy to meet up for a coffee providing they have the time. The more people you meet, the higher chance you have of somebody hearing about a job opening and thinking of.

Utilize the Irish community: there is such a strong Irish community in New York and we all tend to look out to each other. A lot of the people I met were Irish. They’re usually more than willing to help because they understand first hand the struggle of moving to New York and trying to establish oneself here. Also, there are a lot of Irish companies based over here – something to bear in mind when looking for Irish companies to apply to.

Act confident: after getting my job I was told that the main reason I was hired was because of how confident I came across in the interview. Being honest, I was shocked when I got the job interview because I didn’t think I was experienced enough for the role. But, I decided I would act as confidently as possible in the interview to give my chances of getting the job my best shot, and it worked! Confidence is key to convincing people that you are competent and capable.

Learn how to sell yourself: I think that in Ireland there is the tendency to undersell yourself professionally to avoid being viewed as conceded. There isn’t room for this in New York because it’s simply too competitive and people don’t have time to search for your strengths, you have to lay it out for them. What are your best assets? What can you provide that other people can’t? Have the answers to these questions thought out before networking events and interviews so you can weave them into conversation.

Target companies: there are thousands different companies in New York a lot of whom seem to be doing very similar things. It can be overwhelming trying to figure out whether a company is worth applying for when looking at a job application. Instead, make a list of the companies you actively want to work for and try to target them. This will make your job search more productive because you won’t waste time applying for positions and later on realizing that you don’t have any interest working for the company. Once you figure out what companies you want to work for you can use LinkedIn to figure out who, working for those companies, could be useful for you to connect with and reach out to them.

Rheanna can be reached via her LinkedIn profile here.