WTF are NFTs (and how to create one LIVE!)

Join us next Thursday, May 6th, at 12:30 EST where Niamh O’Connell, a Blockchain Pioneer at Treum, a ConsenSys backed company, will give us a rundown of how Blockchain technology – specifically NFTs (non fungible tokens) – are disrupting the art industry amongst many others.

She will be joined by Interior Designer, Art Advisor & Artist Claire McGovern of Rhyme Studio. We are going to show you how NFTs get created on a blockchain platform using some of Claire’s work as an example.

(Can’t join the Zoom link? View the live stream on our YouTube channel)

Niamh has been working in the blockchain space for over 6 years’ – she was part of a founding member team that set up and scaled Deloitte’s blockchain lab for Europe, Middle East and South Africa in 2016. She’s worked on the first ever blockchain prototypes and production implementations that are being used daily today across financial services, food / agriculture, consumer goods, art / luxury and sports.

She also co-founded BlockW in 2018 which creates awareness and fosters inclusivity of blockchain and disruptive technology, running a range of initiatives. She currently co-leads the customer adoption team at Treum, a blockchain and supply chain company backed by ConsenSys.

Treum.io, a ConsenSys backed company formed in 2016, is one of the early leaders in the blockchain space. Treum has a demonstrable track record for launching some epic firsts in blockchain including but not limited to implementing the first non-financial use case for tracking oil samples for BHP Billiton, Bait-to-plate tracking of yellowfin Tuna from Fiji to NY with WWF, live auction of tokenized Game worn Jerseys for Sacramento Kings.

Their most recent NFT project, EulerBeats.com, was called “the most genius idea ever” by Mark Cuban. The project advanced the Treum tokenization platform to include a market price discovery mechanism using a bonding curve.

“At Treum, we vision universes and metaverses of non fungible everything (NFE), both physical and digital, that trade frictionless and trustlessly with verifiable provenance under radically different and improved market mechanisms. If this vision is exciting and you want to be part of it, join us.“

Rhyme Studio is an interior design, art advisory and design manufacturer based in New York City with a production studio in rural Ireland.

Irish designer and founder Claire McGovern is a veteran of the design and art worlds. Born and raised in Dublin, her entrepreneurial days began with an acclaimed art and design gallery evolving into the multi-disciplinary studio she operates today.

With a background in fine art and design, McGovern’s expertise has ranged from that of a curator and interior designer to playing a pivotal role in the development of award winning luxury design manufacturers and artistic careers. In 2017 she embarked upon the project of realizing a sustainable and authentic design collection made entirely by hand in rural Ireland. Beginning with a series of Irish wool designs the collection will eventually grow into a multi-media array of furnishings dedicated only to the highest quality, responsible craftsmanship. Her studio is a proud member of the Sustainable Furnishings Council. 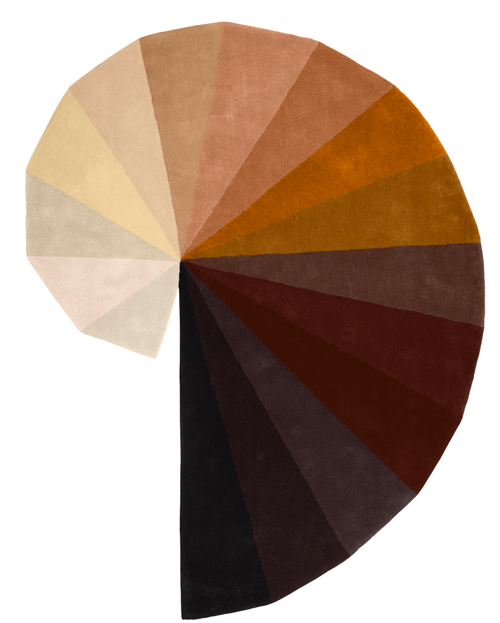 Infinity from the Trinity Series – Link